2019 had a boatload of awesome games, so we thought it best to continue our Best of 2019 Awards with this second part! Once again, we discuss our nominees for various categories and remove them one by one until only the winner and runner-up remain. On this episode of the Best of 2019 Awards, we dish out our thoughts on categories such as the Most Disappointing Game of 2019, Most Realistic Visuals, Best Remake/Remaster, and more!

You can listen to part two of our Best of 2019 Awards podcast by using the player at the top of the page, or by streaming it through any of your favorite podcast applications. Super Gamecast 64 is available on Apple Podcasts, Stitcher, Spotify, and many others. Please refer to the sidebar for other direct ways to access the show.

Here are the full show notes for Super Gamecast 64’s Best of 2019 Awards Part Two. If you would like to support the show, you can send us your end-of-season thanks by visiting our donation page. If you would like to hear us cover a specific game or topic on the show, please leave a note with your donation! We are incredibly grateful for our supportive audience and your continued donations.

The Best Remake or Remaster of 2019

New games are fun, but so are old games. Sometimes, the nostalgia-factor of an old game might be high enough to warrant a remastered release or even a fancy remake. 2019 was no stranger to these old friends in new duds, with some classic games reappearing on our favorite modern systems. In this category, we’re taking a peek at some of the year’s best retro gaming glow-ups and finding a winner to crown as top dog.

Enjoy these classic games in their modern forms by purchasing physical copies using the links above! (Paid links)

Most Realistic Visuals of 2019

With every passing year, video games continue to look more realistic. From stunningly lifelike facial animations to breathtaking mountain vistas, 2019 was full of some sharp gameplay visuals. In this category, we’re looking at the games that wowed us with their impeccable visual fidelity. Whether through excellent lighting, superb attention to detail, or surprisingly graphic gore, all of these games toed the line between reality and fantasy with near photo-realistic visuals.

Grab one of the many nominees in their physical form by using the ads above! (Paid links)

Most Disappointing Game of 2019

While we try to keep most of our categories positive and celebratory, we can’t ignore the year’s bummers altogether. These games were titles that garnered hefty anticipation from both the internet at large and the SGC64 crew, but failed to deliver. Whether due to shoddy technical performances, underwhelming gameplay, or any number of upsetting issues, these games had us shaking our heads. It’s important to remember that this is not a “Worst Game of 2019” list, as several of these games are quite good in their own right. They probably shouldn’t have been as hyped up as they were, though.

Despite being disappointing, some of these games are still worth playing! Pick up these select nominees using the ads above. (Paid links)

Although RPGs and strategy titles doesn’t get the most consistent love on our show, we do like the recognize these often-disregarded genres when we can. 2019 was a good year for RPGs and strategy games, including sequels to huge franchises and some daring new IPs. These genres are usually good for lots of content, so it’s always rewarding when you find an especially good title. These games were unique enough to catch our attention for hours on end, which is quite a feat considered just how stretched our time for games has become.

Get tactical with some of these nominees by purchasing them via the ads above! (Paid links)

Every now and then, we find it appropriate to add a new category to our Best of the Year awards. Sometimes, that happens in the middle of another category. These nominees were originally in our Best RPG category, but this year we found it important to recognize the distinct and growing card-based genre. While the list of nominees is short, each one is of remarkable quality and well worth your time.

Thanks for listening! Don’t forget to sign-up for our newsletter so you’ll always know when new content is added to Super Gamesite 64! If you enjoyed Episode 138 of Super Gamecast 64, please leave a positive review on your podcasting application of choice. We greatly appreciate it. 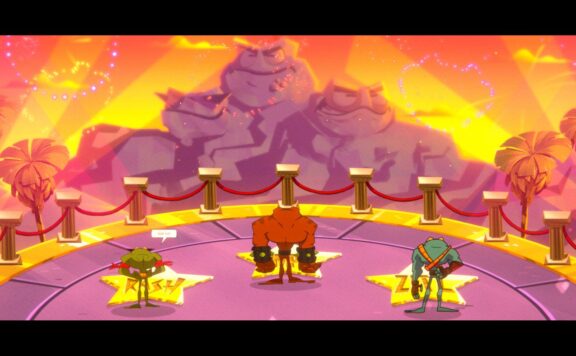 What Your World of Warcraft Class Says About You

5 Magical Things We Want to See in Witchbrook