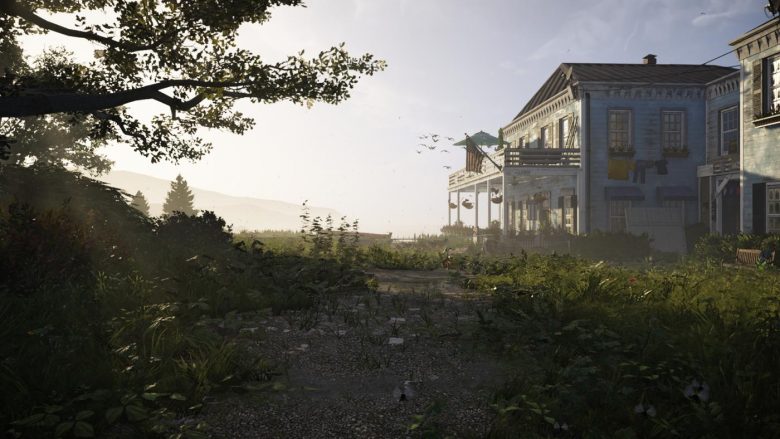 I finally did it. 18 days after launch (or approximately 25 game hours later) I managed to hit level 30 in Tom Clancy’s: The Division 2. I know I’m making this sound like a triumph when it’s a rather pedestrian accomplishment, however, as anyone who assisted me on my climb to the top can attest that it wasn’t without ample dissent. Despite my negative disposition, I still had a decent time playing through the 30 level core game, and from what I’ve heard, it only gets better! For those of you who haven’t tried The Division 2 yet, here’s a breakdown:

The Division is a cover shooter, characterized by moving through the world in 3rd person, and occasionally engage with enemies by moving from various positions of cover. This leads to a pulse-pounding 360 degree battlefield that all but requires you to use all the tools at your disposal to stay alive. As a Division agent, you’re a special operations unit activated post-catastrophe in the United States. In the events of the first Division title, you’re an agent dealing with the immediate aftermath of The Dollar Bill flu, a virus created a released on Black Friday.

The fallout from this plague has thrown North America into chaos, allowing looters and criminal factions to take hold in cities everywhere. About 7 months after the events of The Division, and a few hundred miles South, The Division 2 starts in DC after the Strategic Homeland Division network goes down. You and your fellow agents are called in to restore the SHD network and bring order back to D.C. And what would a Tom Clancy story be without a little helping of saving the President?

The Division 2‘s gameplay is a great example of how a studio can use a sequel to capitalize on the successes of a good first game. The core mechanics and visuals are tight, and comfortable. For fans of the first title, you will feel right at home in the streets of D.C.

Part of what makes The Division 2 unique is a little something called SHD Tech. As a Division agent, you are armed with an arsenal of gadgets to help you dispatch enemies, patch up allies, and generally cause mayhem in a fire fight. Some of the best experiences during the 30 level core game came from experimenting with various explosives and sweet tech gadgets like the drones and auto-turrets. These devices are particularly indispensable due to the fact that D2‘s AI can be nasty. Enemies will use crafty flanking maneuvers to pin you down and take you out, and sometimes only a well placed piece of SHD tech can get you out of a jam.

The Green Virus Isn’t The Only Bug In The Game

One of my major complaints with The Division 2 is the hardware limitations of the engine. I had frequent issues with graphics pop-in, poorly rendered cutscenes and clunky visuals whenever a character is viewed up close. I also experienced what I assume to be network issues such as enemy models not appearing on my screen until they’re burying a baton into my head. Weird issues kept occurring where an enemy in “standby” mode would magically pop behind a barrier or in a more defensive position once the first shot was fired. (DISCLAIMER: I ran this game on my OG Xbox One, so I’m willing to admit that a lot of my grievances can likely be attributed to the limitations of my system.)

But, a $60 AAA title should be optimized for all platforms. Aside from that, I was impressed by the realism shown in transitional entrances whether from bright light to dark or vice versa. The momentary blindness you experience while traveling from a dark subway tunnel into broad daylight was a cool effect that made immersion easier. The weather effects, while occasionally frustrating, were a nice change of pace from the ceaseless snow of the former title. I also had the joy of playing The Division 2 with a friend who lived in D.C. for a number of years who reported that the layout was extremely faithful to real life.

Despite the title bearing the name of a best selling author, I’m sad to say that D2‘s storyline is rather flat. While playing, I got the notion that the game was designed to keep gameplay momentum going with little thought given to the overall narrative. It’s not so much confusing as it is uninspired and repetitive. Part of the driving force of the game involves liberating outposts in various boroughs of D.C., each of which contains a unique character that gives you missions and projects to complete in that neighborhood. I found these characters to be forgettable despite chirping at you through a walkie-talkie while you spend time in their neighborhood.

As a Division agent, you’re rarely alone in the world, as evidenced by the fact that you seem to be playing shadow to one of the game’s premiere agents, Alani Kelso. I found her storylines to be the most memorable due to her cliché, loose-cannon approach to everything. A number of missions involve you following her into enemy territory and cleaning up after she gets in over her head while the Ops Coordinator, Manny Ortega tells her how reckless she is. The story may not be the strongest part of this game, however, there is a sense of pride and a little tug at the heartstrings when you complete a much needed project that provides essentials for people that are rebuilding the settlements.

Should You Play The Division 2?

I will be the first to admit, I approached The Division 2 with extremely high expectations. I loved the first game, and expected the second to be a huge improvement on the title. If I’m being completely honest, D2 fell a bit short for me. There were sweet spots every so often while grinding to level 30, but they were often soured by formulaic missions, faulty mechanics, and extremely inconsistent difficulty variations.

The gameplay could be tighter, the narrative more compelling, the hardware a bit easier to maintain, sure. And yet, I’m still playing. In fact, my first few hours of endgame content has proven to be an interesting change of pace on the formula. From what I understand, this is where The Division 2 truly shines. Though this review only covers the 30 level core game experience, I expect there to be a bright future for this game with the upcoming expansions and updates.

Grab your digital or physical copy of Tom Clancy’s: The Divison 2 by visiting the links below. We may receive commissions on purchases made through these links.

0
shares
FacebookTwitter
Tags: looter shooter
Summary
The gameplay could be tighter, the narrative more compelling, the hardware a bit easier to maintain, sure. And yet, I'm still playing. In fact, my first few hours of endgame content has proven to be an interesting change of pace on the formula. From what I understand, this is where The Division 2 truly shines. Though this review only covers the 30 level core game experience, I expect there to be a bright future for this game with the upcoming expansions and updates.
Good
Bad
7
Good