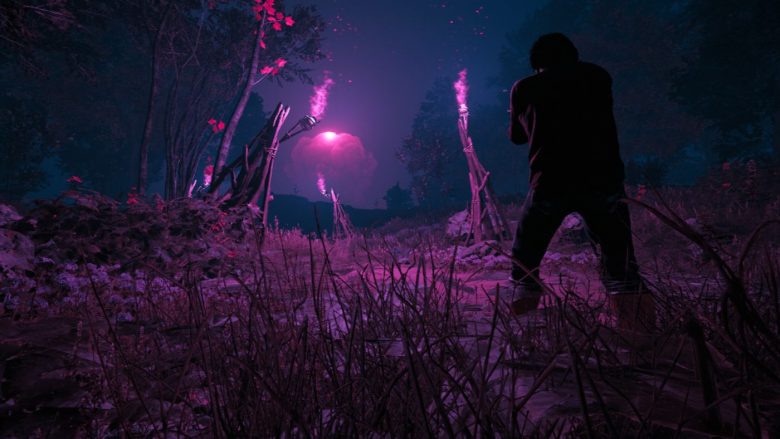 February saw a huge number of major game releases, including Far Cry New Dawn, Crackdown 3, Anthem, and more. We only had time for a few of them, but of what we played, the games of February seem more colorful than usual. Between the pink musings of Far Cry, the customizable madness of Trials Rising, and the stark post-apocalyptic world of Metro: Exodus, February had a number of great games with great visuals. We’ve compiled a few of our picks for the coolest gaming screenshots of February 2019, as a way to document the best and most vibrant visuals in gaming.

This is continuous monthly column, where most images will be spoiler-free. You won’t see any final bosses or epic twists in this article, as that stuff is best seen during our “best of the year” content. That said, we can’t do it all on our own! If you’d like to contribute, feel free to send us your personal gaming screenshots! Every time we make a new monthly post, we’ll take fan submissions into consideration as well! Let’s dig into our screenshots and uncover the coolest gaming screenshots of February 2019!

Far Cry New Dawn‘s Hope County is a land full of intriguing characters, cool design, and vibrant neon colors. Like other Far Cry games, the visuals play into an already trippy narrative, where you’ll find yourself completing occasionally ridiculous and humorous missions. You might even find yourself punching a bear in Far Cry New Dawn, and it won’t seem that weird. With an underlying psychedelic style, Far Cry New Dawn provided endless amounts of cool screenshots in February.

Crackdown 3 didn’t exactly stun audiences when it released in February. This Microsoft exclusive popped up on Xbox Game Pass, and because of it, received a hefty amount of attention. After a number of delays, Crackdown 3 delivered an experience that felt a lot like the original game, just with updated visuals. While some felt disappointed or cheated, I had a decent time blasting through the game’s various colorful city regions. Cleaning up the streets from neon-colored gangs was a fun experiment in mindless chaos, which easily granted us a number of entertaining screenshots.

Although Crackdown 3 was a bit shallow in its structure, I had a good time playing co-op with my pals and laughing along the way. The narrative is mostly forgettable, but the colorful firefights will stick in my memory for a while. In addition to the abundance of color around the playable world, Crackdown 3 shows off a bit of style in their animated cutscenes. Whether you’re about to take on a new boss or learn an integral plot point, Crackdown 3 does so with comic-book style imagery that looks crisp and cool.

Thanks for reading! We look forward to March, where a slew of fun games releasing. What kind of visual splendor will March’s releases hold for us? Between Devil May Cry 5, The Division 2, and Sekiro: Shadows Die Twice, I’m sure we’ll manage to capture some really awesome moments. Check back in March for the next installment!