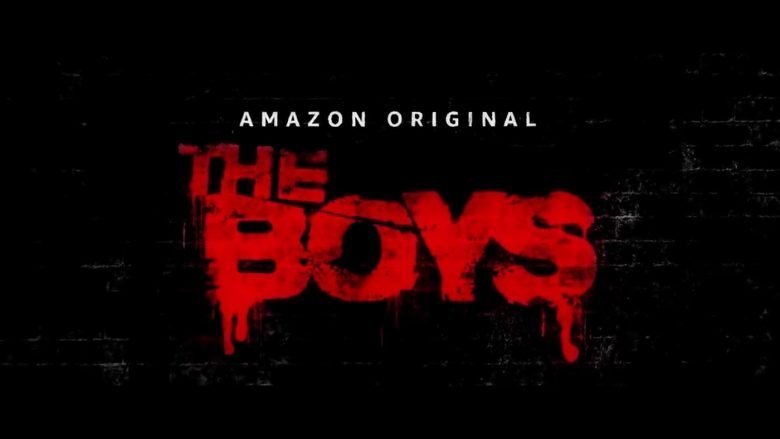 With subscription services on the rise, and a tidal wave of new and noteworthy content, it’s often hard to separate the grain from the chaff when it comes to movies and television. The top dogs in the “original content Goliaths” category are very clearly Netflix and Amazon Prime Video. As evidenced by shows like Stranger Things, BoJack Horseman, and Mindhunter, Netflix came out of the gate swinging hard and has consistently established their strength in the direct streaming market. Amazon, on the other hand, have tested their mettle with what seems like an attempt to either appeal to a wider market, or simply to establish their role as the bolder of the two. With titles like Transparent, The Man In the High Castle, and Sneaky Pete, Amazon has consistently pushed out content that’s a bit high-concept, and regularly challenges the sort of media that Netflix creates.

A perfect example of that mentality is Amazon’s new series The Boys, a graphic-novel-turned-gritty-streaming-series. Hasn’t that been done over a million times? It certainly has, but arguably not like this. In a world where the superhero mythos has been wrung dry and rehashed in almost every way possible, The Boys has found a way to shake things up a bit.

Note: This review contains minor spoilers for the beginning of The Boys. Please consider this before reading.

The Boys primarily follows the story of the Vought Corporation, a defense contractor who oversees The Seven. The Seven are the in-universe version of The Justice League or the Avengers, but with a much better marketing program. There are a large amount of “supes”, or superheroes in the world who act with impunity. They realize that their god-like powers allow them to act with relative immunity to consequences. As a result, they have crazy parties, generally act rude when the cameras aren’t on them, or even in some cases, murder. If you’ve ever wondered how the Avengers get away with destroying buildings, or maybe even killing people in the name of saving the world, The Boys explores these questions.

The show also focuses on the story of Hughie Campbell (Jack Quaid), whose girlfriend Robin (Jess Salgueiro) is reduced to a wave of blood and viscera by A-Train (Jessie T. Usher), a supe whose powers allow him to run at incredible speeds. Shortly thereafter, Hughie is approached by Billy Butcher (Karl Urban), a mercenary with a chip on his shoulder for supes and their kin. In order to keep their stranglehold on superheroes, the Vought Corporation has to ensure that the media doesn’t catch wind of incidents like A-Train’s. Butcher and the Boys do their best to try to keep supes in line by any means necessary, often having to resort to extreme violence to do so. With an undisclosed, but presumably large number of humans with superpowers, Butcher and his team have a lot of ground to cover

Violence and Gore in The Boys

Billed as a story to “out-Preacher Preacher”, The Boys was always destined to be gory. That said, the show takes it to levels I haven’t seen on television before. Without a doubt, this show was designed for a streaming platform, because I don’t think this would be cleared for mainstream TV. That said, it doesn’t detract from the drama of the show, but rather add stakes to the world. You immediately understand the distinct power imbalance between the average human and the supes; it sets the stage for everything that comes after. The color palette on the show is a lush and low-key visual treat. The colors and lighting are a stark contrast to the hi-fi, color saturated standard for the average superhero movie.

The storyline for The Boys doesn’t always present the most complex narratives, but overall stands alone as a nice commentary on the potential reality of a universe in which some people have extraordinary powers. Some of the most compelling content is the exploration of the pratfalls of managing rockstar-level employees who often find themselves getting into drugs, alcohol, and sexually compromising situations. The corporate intrigue arcs that unravel as the viewer watches Vought employees maneuver and scramble to keep their assets in check help contextualize the tenuous balance that Vought has struck in the name of money. Given the choice, would a super-human act morally? There’s no doubt that there would be some outliers, but the question remains: would the majority be heroes or despots?

Should You Watch The Boys?

The Boys stands as some of the best television I’ve watched in a while. It’s binge-able and a great weekend watch if you’ve got a few spare hours. Again, I wouldn’t recommend for younger viewers due to its violence and subject matter, but if you’re not against a little gore in the name of entertainment, this show is definitely for you.

If you loved The Boys but haven’t read the original comic series, you can grab it using the links above! (Paid Links)