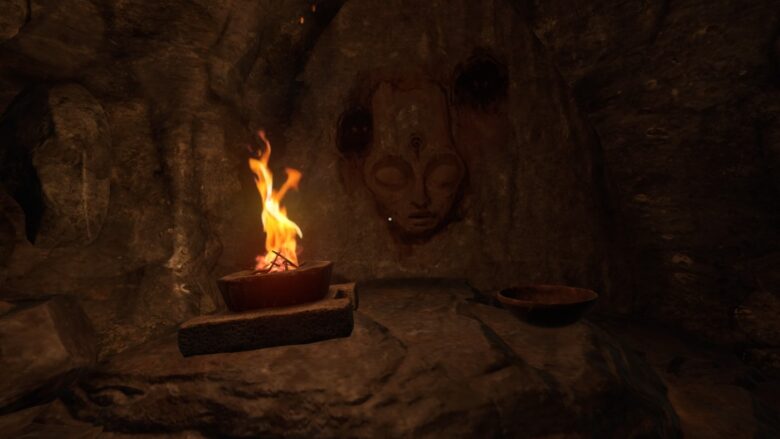 Amnesia: Rebirth is the fourth overall entry in the Amnesia franchise, a first-person horror series that helped establish the “walking-simulator” aspects we see in many modern titles. Like its predecessors, Amnesia: Rebirth is an introspective adventure that prioritizes narrative over anything else, offering players a slow-burn horror tale with plenty of thought-provoking themes. As you journey into the darkest corners of your inner psyche, you’ll also have to complete various puzzles, explore the environment, and read a bunch of lore-building notes. Although the Amnesia franchise is undeniably scary, past games in the series have suffered from obtuse objectives, confusing puzzles, and occasionally underwhelming story pay-offs. Does Amnesia: Rebirth manage to rise above its predecessors and provide players with a truly terrifying modern tale, or is this a mediocre sequel with lackluster frights? Let’s see if Amnesia: Rebirth can keep the Amnesia train running after a nearly seven-year hiatus!

The Long Desert of Despair

Although Amnesia: Rebirth is a direct sequel to the first game in the franchise, Amnesia: The Dark Descent, it features a completely new cast of characters, a different setting, and several other distinct differences. Set in 1937, the story follows Tasi, an adventurer traveling with her husband Salim and a group of archaeologists on a mining expedition. During their flight, while soaring over the Algerian desert in Africa, the plane crashes, leaving Tasi stranded. Seeing no sign of her crewmates, Tasi heads toward a cave entrance to avoid the scorching sun. With an overwhelming feeling of deja vu, Tasi explores the dark caves and begins to experience visions, panic attacks, and blackouts. Determined to uncover the fate of her friends and solve the mystery of her affliction, Tasi must overcome her greatest fears among fierce environmental conditions.

Amnesia: Rebirth provides an enticing mystery with a surprising amount of emotion and is far easier to parse than some of the previous games in the series. Although a good portion of the story content is found within collectible notes and lore-books, there are a sufficient amount of cutscenes to help explain the minutia. There are three different endings as well, each offering a (mostly) unique conclusion to Tasi’s tale. There’s really only one ending that I found satisfying, but in Amnesia: Rebirth‘s case, the story is more about the journey than the destination. Regardless, the anchor of the entire adventure is Tasi herself, a character I quickly grew fond of. By removing the ambiguity that other Amnesia games prided themselves on but still attempting to tell an ambitious and winding story, Amnesia: Rebirth ends up having the best narrative in the series.

Much like other games in the Amnesia franchise, Amnesia: Rebirth encourages players to examine their surroundings, read lots of lore-books, and immerse themselves in the experience. The game expects the player to dim the lights and get in the right frame of mind to dive into a rich narrative with lots of world-building. There’s even a tool-tip before the adventure starts, indicating that the overall goal of Amnesia: Rebirth is not to beat the game, but rather to immerse yourself in the world and plot.

In terms of raw gameplay, Amnesia: Rebirth is simplistic and straightforward, presented starkly with little to no overall guidance. As you make your way through over a dozen semi-linear story chapters, you’ll navigate through shadowy surroundings, solving puzzles and uncovering clues behind the main mystery. You are only equipped with a lantern and a mysterious amulet, so if you run into any hostile forces, stealth and evasion are your only choice. Light is a precious commodity, as you must scavenge for spare matches and oil for your lantern. If Tasi spends too much time in the dark, her anxiety and fear will begin to rise, making it harder to navigate.

Even when compared to other walking-simulator style horror games like Layers of Fear 2 and Outlast, Amnesia: Rebirth is a slow-paced game. You’ll spend plenty of time gripped with anxiety thanks to the pervasively haunting atmosphere, but the moment-to-moment gameplay is more like a brisk stroll. Throughout the experience, you’re always moving forward, whether by solving a puzzle, finding a shortcut past a locked door, or delving into twisting cave systems. Where other Amnesia games felt labyrinthian, with endless corridors and rooms, Amnesia: Rebirth is more expansive, offering bigger areas with plenty of nooks to investigate.

Along the way, you’ll scan the environment looking for useful items and lost notes, stopping for a few minutes to read the next bit of lore. There are no waypoints or objective markers to indicate the location of important objects or puzzles, so paying close attention to your surroundings is key. If you’re the kind of player who often skips over random lore-books in other games, Amnesia: Rebirth will probably feel underwhelming and confusing at times. A rich atmosphere of suspense and dread keeps things from ever becoming boring, but some sections have a tendency to drag on. Luckily, I never found myself stumped for too long on a puzzle, which is an issue I had with previous entries in the franchise. Generally speaking, I found the puzzles in Amnesia: Rebirth satisfying and intriguing, only rarely causing frustrations or confusion.

Although the beginning of Amnesia: Rebirth is pretty chill, all things considered, Tasi’s journey goes quickly sideways, presenting a whole host of horrors to navigate. From the start, Tasi struggles with a mysterious condition that causes enhanced stress and fear. It’s easy to feel Tasi’s anxiety, especially as you stumble blindly through darkened caves, ruins, and various other environments. You have to constantly balance the use of your lantern and matches, or succumb to heart rate-increasing bursts of audio and visual hallucinations. A lot of credit goes to the sound design, which expertly combines creepy ambient music and effects with clear, well-delivered dialogue. The atmosphere and overall tone of Amnesia: Rebirth does an excellent job setting the stage for Tasi’s personal journey and consistently keeps the player on the edge of their seat.

While I won’t spoil any specifics, Amnesia: Rebirth contains plenty of more tangible horrors to be fearful of. The monsters you encounter during Tasi’s journey are grotesque, intimidating, and otherworldly, yet familiar at the same time. The creatures you find hold significant narrative value, add some real weight to the scares. Where other first-person horror games often succumb to nameless, gross monsters that are purely included for frights, Amnesia: Rebirth makes its monsters count. I’ll admit, I wasn’t outright scared during any of the major monster sequences, but like the rest of the experience, I was certainly gripped with sufficient anxiety.

Should You Play Amnesia: Rebirth?

Amnesia: Rebirth is a solid pick for both fans of the horror genre and the Amnesia franchise in general. If you’ve never played an Amnesia title before, Amnesia: Rebirth is a great place to start, as it offers a less frustrating gameplay experience than some of the earlier games. The atmosphere is extremely strong, thanks to fantastic sound design, excellent character work, and some really creepy creature designs. The puzzles are also satisfying, with only a few annoyances here and there.

With that said, Amnesia: Rebirth still gets caught up in some genre tropes that weaken the thrill. Some sections feel dragged out, including both narrative-focuses sequences and monster areas. The story also took a few hours to truly hook me, as excessive collectible notes are not the most engaging way of experiencing a story. When you consider the entire game is around 6 – 8 hours long, there’s a few hours that are simply underwhelming. Despite these setbacks, Amnesia: Rebirth is the strongest entry in the series. If you’ve enjoyed previous games in the franchise, Amnesia: Rebirth will get the job done too.

Check out our thoughts on the rest of this horror franchise by reading our Amnesia ranked list!

20
shares
FacebookTwitter
Tags: first-person, frictional games, horror
Summary
Amnesia: Rebirth offers an ambitious and satisfying tale of pain, suffering, and supernatural madness. Like previous games in the franchise, the moment-to-moment gameplay can be underwhelming at times, but excellent world-building and atmospheric tension keeps your heart beating. There are tons of collectible notes to find, puzzles to solve, and horrors to run away from, resulting in an experience that is both on-brand and pretty scary. Depending on your experience with the horror genre, you might find Rebirth more suspenseful than scary, but it's effective all the same. While it doesn't exactly bring anything new to the table, Amnesia: Rebirth is a refined adventure that's great for the spooky season.
Good
Bad
7.5
Good 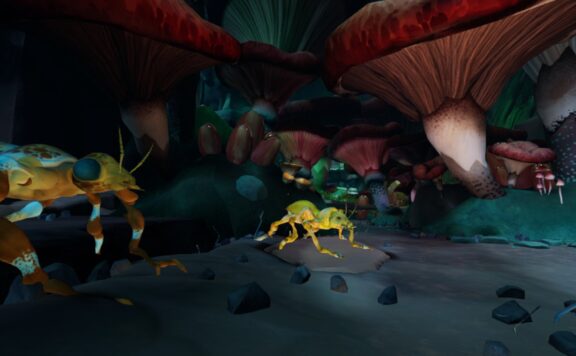 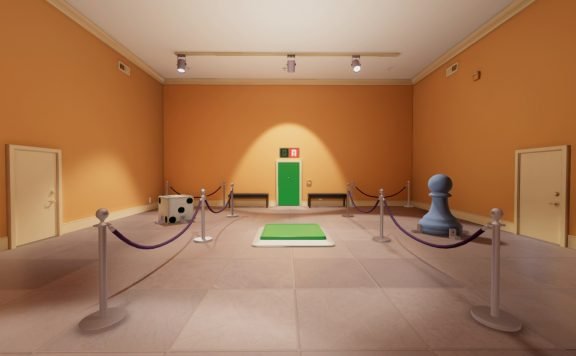