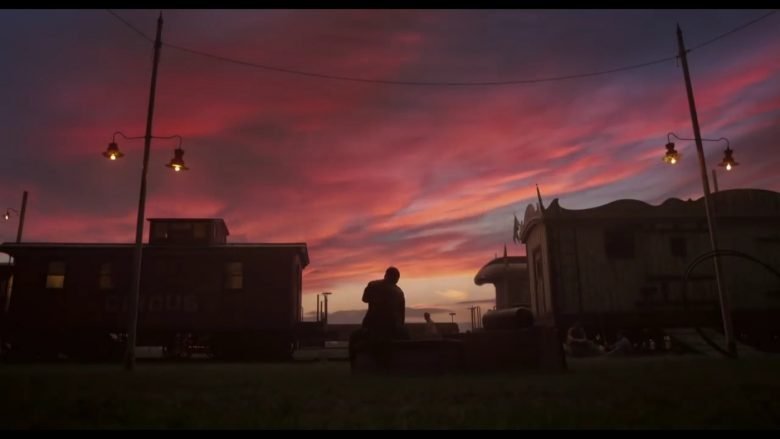 Dumbo is a live-action remake of the classic animated Disney film from 1941. This whimsical Disney tale has been invigorating the imagination of children for over 75 years, and now, we get to see the story from a more human perspective. Directed by Tim Burton (known for his work on films like The Nightmare Before Christmas and Beetlejuice), this remake does a good job retaining the themes of the original film, while adding in additional characters and stories to strengthen those themes. Although the signature color and style of Tim Burton’s films are apparent throughout Dumbo, the film still firmly feels like a Disney family adventure.

The story of Dumbo starts off at the Medici Brothers Circus, a traveling circus troupe making their way across the southern US in 1919. Led by ringmaster Max Medici (Danny Devito), the family of magicians, strongmen, and sideshow acts have fallen on unsavory times. As the troupe arrives in Joplin, Missouri, they reunite with an old friend and find some new ones too. Once the starring act in the Medici Brothers Circus, a man named Holt Farrier (Colin Farrell) returns from the battlefield of World War 1. Upon reuniting with his two young children, Milly (Nico Parker) and Joe (Finley Hobbins), he must find new work in the circus while mourning the loss of his wife. Medici kindly offers him the lowly job of animal handler, placing Holt in charge of a newly arrived pregnant elephant. A baby elephant is born soon after, and despite his abnormally large ears, Holt’s children take a liking to the adorable baby Dumbo.

If you have seen the original Dumbo film, you’ll have a pretty good idea of where the story goes from there. For those who haven’t yet experienced the redemptive tale of Dumbo the elephant, I won’t spoil the surprise here. The important part is that Tim Burton and screenwriter Ehren Kruger have managed to (mostly) retain the original plot, only adding additional characters as a way to provide a more comprehensive narrative. Whereas the original Dumbo film is pretty straightforward, this new Dumbo remake does a good job expanding the world and setting without betraying the original tale. The plot surrounding the Farrier family feels like a natural addition to the Dumbo story, and the parallels between the motherless Farrier children and the orphaned elephant work well together. Instead of rewriting the story or trying to interpret it in a new way, Tim Burton’s remake simply adds a bit of flair and style to an already solid story.

That said, the overall narrative of Dumbo is still pretty predictable. It will likely still inspire awe and wonder in younger viewers, but those who have seen the original film shouldn’t expect any new surprises. The new characters work well, mostly due to a handful of good performances. In fact, the entire cast performs admirably, especially the two young leads. Colin Farrell does a good job as a hesitant but caring Farrier father, and Danny DeVito also provides a layered performance as the morally questionable Medici.

In fact, the only performance that falls slightly flat Michael Keaton’s, who plays the villainous Vandevere. Vandevere’s character lacks motivation in the plot, and Keaton’s performance feels equally underwhelming and thin. This is surprising, as Michael Keaton usually performs well in most of his roles. Unfortunately, his performance is outshined by numerous others, including Eva Green’s portrayal of the French beauty Colette Marchant.

Where Dumbo truly succeeds is in its visual spectacle, costume design, and lighthearted tone. Although the first portion of the movie can occasionally be visually dark, the characters quickly find themselves in much brighter and colorful locales. Tim Burton’s quirky and seductive stylings feel natural within the circus context, providing some exceptionally cool design.

While the costumes and special effects aren’t as over-the-top as some of Burton’s other films, you can definitely see his signature style poking through. As expected, the true star of the film looks exceptionally realistic, and few CGI elephants are as adorable as baby Dumbo. Altogether, the movie provides an atmosphere that feels grounded in realism, but always on the cusp of fantasy.

Should You Watch Dumbo?

Overall, Dumbo is a satisfying if predictable family-friendly adventure. For those of us who grew up with Dumbo, it’s satisfying to see his story retold with modern splendor. The remake does a good job respecting the story of the original film while adding its own unique characters and style. If you have younger children, Dumbo is an easy choice for your next movie pick.

In comparison to other recent live action Disney remakes, Dumbo sits on the higher end of the spectrum. While it doesn’t wholly recapture the magic of the original film, Dumbo still provides an enjoyable and charming story that’s effective regardless of your age.