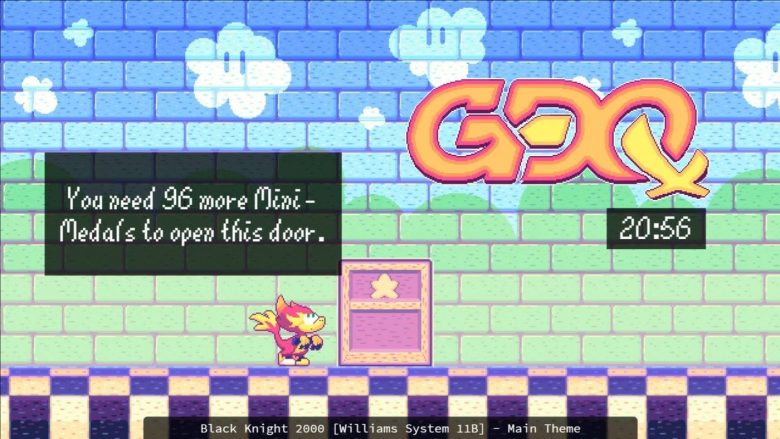 During TwitchCon 2019 weekend, the folks at Games Done Quick put on a special weekend-long marathon to raise money for the AbleGamers foundation. Over the weekend, top speedrunners from around the world gathered together to beat their favorite games in super-fast times, all in the name of charity. There were tons of amazing speedruns at the event, totaling over 50 hours of quality entertainment. Although we weren’t able to catch every single one, we’ve curated a list of the best speedruns from GDQx 2019 at TwitchCon. This is the second annual Games Done Quick Express event, and it raised upwards of $150,000 for AbleGamers charity. If you’re looking for an awesome speedrun to watch, any of these should suffice!

The Best Speedruns of GDQx 2019

The PlayStation 4 exclusive Spider-Man was one of our top 10 games of 2018, and this was the first GDQ speedrun that we saw of it. Although this speedrun by JHobz was only the Turf Wars DLC content, there was plenty of awesome speed technique to enjoy. The web-swinging in Spider-Man is hypnotic enough on its own, but watching JHobz swing his way through the streets of New York City was a treat within itself.

There are some cool glitches, entertaining and humorous commentary, and an all-around great performance from JHobz. Clocking in at just over 30 minutes, this speedrun gives you plenty of Spider-Man action in a quick burst.

Grab your copy of Spider-Man on PlayStation 4 if you haven’t played it yet by using the link above! (Paid links)

This rom-hack of Super Mario World is ultra-difficult, but also bursting with color and interesting gameplay mechanics. Ryukahr is all too familiar with its various jumps and obstacles, seeing as how the game was named after him. Despite a dozen or so deaths, Ryukahr was able to pull off a pretty impressive run. The 100% category also gives us a look at the game’s secret bonus world, which is a compilation of some incredibly hard stages.

The speedrun is made even more entertaining thanks to lighthearted jokes and commentary, which helped balance out the incredibly tense gameplay. Although there were a few other Mario speedruns at GDQx, this Super Ryu World 2 run stuck out the most.

Speedrunner AnthoPants delivered an excellent performance during their Streets of Rage 2 speedrun. Widely regarded as one of the harder games in the beat ’em up genre, Streets of Rage 2 is well known for its ability to force you slam the “continue” button. AnthoPants took this challenge to heart, clearing the extra difficult Mania mode in record time. This Streets of Rage 2 run is not only one of the best speedruns from GDQx 2019, but also one of the few world records that was secured at the event.

Congratulations to AnthoPants on the new world record!

If you want to dig into some retro Sega Genesis goodness like Streets of Rage 2, grab a copy of Sega Genesis Classics Collection by using the link above! (Paid links)

Jurassic Park (Any% Grant) by Brandooates

This excellent speedrun of Jurassic Park on the Sega Genesis was a wonderful way to bring the marathon into Saturday morning. Speedrunner Brandooates executed a nearly flawless run, pulling off several interesting glitches and incredibly tight jumps.

This was also the first speedrun of any Jurassic Park game at a Games Done Quick event, putting a bit more pressure on Brandooates. Despite any nerves they may have had, Brandooates gave us a great run at this challenging Genesis game.

Super Punch-Out!! is a devastatingly tough game at times, so watching these two runners pick it apart while wearing blindfolds was unbelievable. The race was also incredibly close (although neither of the runners would’ve known that), with a few lead changes and some surprising moments. These two races put on a hell of a show, delivering one of the best speedruns from GDQx 2019. We highly recommend you check this one out.

Bloodborne (All Bosses) by Ahady

Bloodborne is a game that’s widely acclaimed, with high praise for its challenging difficulty and inventive boss design. This awesome “All Bosses” speedrun of Bloodborne by Ahady gives viewers a look at every awesome and grotesque boss but with none of the frustration.

In addition to the stellar gameplay, this speedrun has some fantastic commentary, with both informative explanations and silly jokes. The relaxed and lighthearted demeanor of both Ahady and the commentators makes for a surprisingly chill run, given the macabre world of death and mayhem on-screen.

If you want to take on all of Bloodborne‘s bosses, grab your copy by using the link above! (Paid links)

Irritating Stick (Any%) by PeteDorr

One of the best parts of any Games Done Quick event are the surprises; those games that you may not have heard about until now, which turn out to be hypnotic to watch and interesting as all hell. That’s where Irritating Stick comes in.

This tougher-than-it-looks PlayStation 1 game is based on the Japanese game show Ucchan Nanchan no Honō no Challenger: Kore ga Dekitara 100 Man En, where contestants must guide a giant stick through a ridiculous obstacle course. This super-fast run clocks in at just over 10 minutes, making it a quick and quirky watch. Props go to PeteDorr on the great run, making this ultra-tough game look like a cakewalk.

Randomizer speedruns have been gaining popularity at GDQ events lately, and this run of Super Mario 64 Randomizer is a good demonstration of why. Although it might be a bit overwhelming for those new to the speedrun scene, 360Chrism’s 120 Star run stands out as one of the best speedruns from GDQx. This version of Super Mario 64 randomizes a whole bunch of stuff: level entry locations, spawn points, enemies, star requirements, and much more. This creates an almost entirely new experience, where fancy jumps and astute observation are absolutely required.

Watching 360Chrism work his way through the puzzling portals of Super Mario 64 Randomizer was awesome, and although it was filled with acronym-heavy commentary, the run stayed interesting throughout its nearly 3-hour length.

Resident Evil 2 is one of our favorite games of 2019, and this marks the second speedrun we’ve seen at a GDQ event. For his run of this fantastic remake, HazeBlade took on the Leon “A” route, battling the undead in a nifty “noir” costume. Any speedrun of Resident Evil 2 is intense, but HazeBlade skated away from several dangerous situations with just a sliver of health. Through great improvisation and some wicked movement, HazeBlade completed the game in under an hour with his life intact.

After the Leon A Standard run, HazeBlade tried his hand at the dastardly difficult “Tofu Survivor” mode. Playing as a giant block of tofu, HazeBlade fought his way through a path of enemies and bosses using only his knife. This was both enormously stressful and hilarious to boot, making it a great closing speedrun for the entire GDQx 2019 marathon.

If you haven’t grabbed this excellent remake of Resident Evil 2, buy it now using the link above! (Paid link)

Congratulations to everyone at Games Done Quick who helped raised over $150,000 for AbleGamers. These continued charity marathons are both entertaining and inspiring, and we can’t wait for AGDQ 2020! 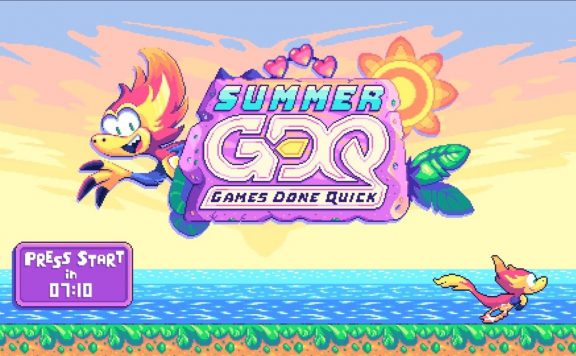