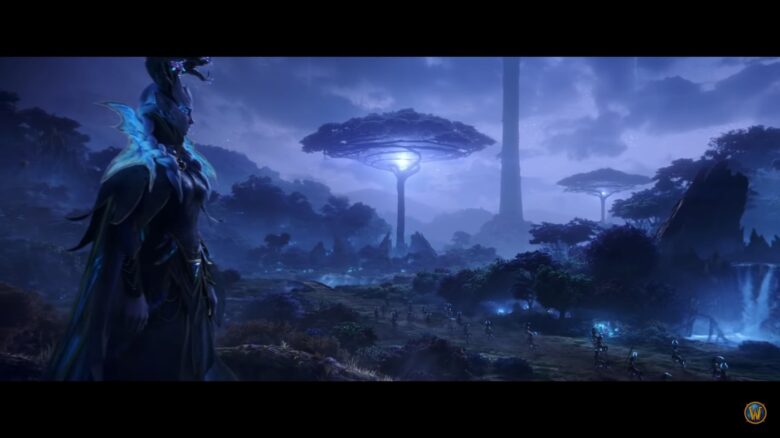 Gaming has recently overtaken most traditional forms of media in terms of popularity, serving an ever-growing audience of diverse individuals. Writing relatable characters without coming across as hollow or fake is difficult, especially when your characters are meant to represent a specific group of people. After all, you’re creating entertainment designed to appeal to the broadest audience imaginable. However, the folks over at Blizzard have accomplished this feat with one of my favorite WoW: Shadowlands characters, Pelagos.

The Shadowlands of Death

WoW: Shadowlands explores a previously undiscovered afterlife in the world of Azeroth, as the player travels between a handful of different locations. Each area has its own distinct visual style, and narrative role in the path a soul takes after crossing into the realm of death.The Shadowlands consist of 4 major regions called Revendreth, Maldraxxus, Ardenweald, and Bastion. Each location processes incoming souls based on their deeds in life.

The golden fields of Bastion are a beautiful, shining paradise where souls go to reflect and purify. Their ultimate goal is to shed the memories of their former lives and ascend to become angelic beings called Kyrian, who guide souls through the afterlife. With this extraction of earthly desires and vices comes a loss of identity, and characters question this process throughout the narrative.

One such character, however, has found a new hope in his identity. Pelagos left behind his life in Azeroth and became an aspirant in Bastion, striving to purify his soul and ascend. Upon arriving in Bastion, Pelagos took on a masculine form which best suited him. As your character creates a soulbind with Pelagos and speaks to him, over time he reveals more about his former life. He mentions that after all this time there isn’t much of his former life that he recalls, save for one thing that is far too important to forget. After all, Pelagos had a female form in life that never felt like it truly represented who he was. Ascending has given him an opportunity to be who he always felt he was.

Overall this represents a very small part of a much more impressive and well developed story that Shadowlands has to tell. Pelagos stands as an important representation for people like myself who play WoW for fun, but don’t often see game studios taking a shot at including LGBTQ characters. This character was handled very well, and that their identity doesn’t inform their development, or really exist outside of that special interaction which is a nice touch. But perhaps my favorite part of Pelagos’ story is how you, the character, respond during this dialogue. After the first few sentences he utters, you dig a bit deeper. Sensing hesitation, you simply state “I’m listening”. From that point forward, your only option is “<continue to listen>”. This is the best piece of advice that can be given to anyone who encounters a scenario like this. While someone is baring their soul to you, the best you can do is continue to listen.