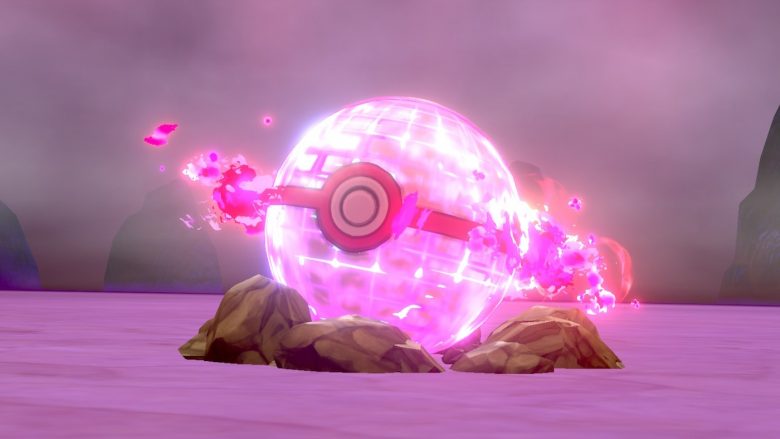 2019 has come and gone, and with it, its fair share of surprises, upsets, triumphs, and troubles. We saw a handful of juggernaut titles rise and fall, and rise again. This dynamic landscape provides plenty of space for a host of unique and dynamic opinions on these games. My strategy in making the decision for my top 10 games of 2019 was primarily that this list should be subjective, basing quality simply on my personal taste and time invested rather than on gross popularity or critical reception. While my list may include some typical picks, I like to diversify a bit by including things like mobile titles. Either way, I hope you enjoy the following selection of my top 10 games of 2019 (listed in no particular order)!

Despite the persistent #dexit complaints, Pokemon Sword and Shield provided me with hours of entertaining and compelling game experiences that I won’t soon forget. The anticipation I experienced leading up to launch made me feel like a kid again, and the resulting payoff in the game itself delivered on those expectations. It may seem like a miss to the hardcore crowd, but this series really got me fired up for the prospect of a full Pokemon title on something other than Gameboy.

For anyone who is a fan of our podcast, Super Gamecast 64, you’ll know well that I have a hard time finishing games due to time constraints, but I mainlined Pokemon Shield until completion. Pokemon Shield is far from a perfect game, but the beautiful setting, the compelling new pokemon models, and the collaborative gameplay really solidified this game’s place on my top 10.

The Legend of Zelda: Link’s Awakening

Speaking of nostalgia, It would be remiss of me to not include one of my personal favorite Legend of Zelda Titles: Link’s Awakening. The most obvious strength of this remaster is the art style; the chibi character design fits perfectly with the absurd storyline this game follows. It’s borderline manic for a Zelda title, eschewing the traditional “save the princess” arc for a more ethereal goal.

The diverse cast of characters and cute world-building that goes into bringing Koholint Island to life is what makes this game so special. Zelda almost never fails to disappoint, and this remaster stayed true to the original, while polishing some older mechanics enough to match consistency with current game styles.

Bloodstained: Ritual of the Night

I have, admittedly, been a Bloodstained stan since its inception on Kickstarter. It’s no secret that Castlevania: Symphony of the Night is one of my favorite games of all time, so any promise of coming close to a spiritual successor was enough to get my blood pumping. To some, this ambitious homage fell short of the intended goal. Despite being cursed by a troubled launch, I think Bloodstained managed to deliver some of the most memorable set-pieces I’ve ever seen in a sidescroller (I’m looking at you, pillar room and theatre-in-the-round boss!).

While the dev team may have bitten off more than they could initially chew, I think their successive fixes have finalized the stylish Metroidvania into a crystallized product. I personally loved the gothic style all the way down to the marketing surrounding release. IGA really knows how to extend his Gothic obsession to the furthest reaches of his influence.

If I had to rank this list based on time played, I think Archero would be number 1. This fun little mobile game is simple in conception, but difficult in practice. It’s a bullet hell/roguelike with RPG elements and a little bit of gacha (it is a mobile game, after all). Yet, despite the mobile transactions, I don’t ever feel slighted by the traditional “energy” style of entry cost per run. Each run can take a significant amount of time and skill to overcome, so Archero provides you with a consistent feeling of growth and accomplishment.

The developers are relatively generous with their giveaways as well, and consistently push updates that correspond with real-world events such as holidays. You can’t ask for much more from a free mobile game, so it makes the sting of microtransactions hurt a little less when you consider it as support for active, hard-working development.

Control is the type of game that makes you question your own sanity. It’s a neat take on the typical third-person shooter genre with a kick-ass female protagonist. The story is nearly impossible to follow as a linear narrative, but then someone drops a nugget of info and a few pieces slide into place. The telekinesis powers are some of the most fun I’ve seen since the venerable Psi-Ops: The Mindgate Conspiracy from 2004.

Each mission requires creative, persistent adaptation and forces the player to approach the game with a strategy not often seen in this style of game. There are even some cool multimedia interjections in the game, with FMV interspersed through the story. Control is incredibly unique, and the gameplay is tight. You can’t ask for much more.

As to be expected from a Souls-style game, Sekiro is HARD. Like, throw your controller hard. But that difficulty results in a payoff unlike any other. The relief you feel after beating a boss you’ve been analyzing and fighting for hours on end is so habit-forming, it’s hard to put down even when you’re lightheaded from yoga breathing to keep from throwing a tantrum. I found myself developing “runs” through areas, dispatching small enemies with such precision and ease, I could replicate it quickly to increase my skill and strength before facing off with a hard-hitting boss nearby.

You actually start to feel like you might have some aptitude when you finally time a Mikiri Counter, and stomp an enemy’s spear to the ground right before you run them through. That said, the posture mechanic is both super compelling and really fun to master, making each fight feel like a calculated dance routine. Sekiro is a gem, and the world that unfurls as you explore the myriad paths through the mysterious Ashina territory, and the inhabitants within is dark and beautiful.

Pirate Outlaws is, in my opinion, a rare exception in which an imitation exceeds that which it imitates. Dangerously close to Slay The Spire, Pirates Outlaws is a run-based card game in which you traverse a series of islands leading up to a capstone boss you must overcome. As you play, you unlock new cards, currency to buy different characters, and new maps to explore. The Unity-based art style is really unique, and the gameplay can be quick and exciting, as you discover new ways to tweak your deck to create the most advantageous array of cards.

Admittedly, it also contains microtransactions, but these simply speed up the grind of saving enough currency to unlock more content. I love a good strategy game, and this one certainly delivers. The fact that it’s also mobile is a huge plus for me when the only time I have to game is during a commute or waiting room drudgery.

Baba Is You is one of those games that has its own language. In fact, I’d wager that there are foundational concepts within that imitate a programming language. I know that doesn’t do a lot to help sell the concept within Baba Is You, but once you experience the cunning rules and consequent breaking of said rules, this game practically sings. Never have I felt so stupid, only to try something just out of pure experimentation, then feel like a genius for having figured it out.

Baba Is You is an incredibly unique puzzle game that rewards breaking boundaries, fundamentally redefining the ingrained laws of video games in order to beat this particular one. The occasional simplicity of the levels makes it easy to knock out a few over lunch or when you find yourself with a few minutes to play.

Void Tyrant’s art style draws you in immediately and takes you on a ride across the galaxy that pits you against various types of aliens, robots and humanoids in a battle of wits. Objectively, you are essentially playing space Blackjack, drawing numbers until you hit or exceed 12. Luckily, based on the class you choose you have cards you can play that mitigate loss, or bolster your offense to deal damage to the enemy you encounter.

It’s a fun cycle to run through time and time again with lots of replay value. Very few microtransactions make this a rare mobile game that doesn’t revolve around constantly bugging you to subscribe or purchase gems. Occasionally difficult, always entertaining, Void Tyrant is a must-play for any fan of the mobile genre.

While Ring Fit Adventure may not have a super compelling story, it’s enough to make you want to continue thwarting the dark influence of Drageaux one squat at a time. There’s lots of fun minigames that might have a place in a high-energy house party. I picked this one due to the unique quality of gameplay and the interesting interactivity of the peripherals that come with the game.

The resistance ring and the leg strap really provide a lot of dynamic motion sensing that is frankly impressive. It’s a good time comparing your stats to your peers, and on a global scale. It’s an excellent way to get up off of the couch after grinding out a Sekiro boss for 3 hours, if nothing else.

While this list is far from perfect, it’s a definitive example of the games I spent the most time with this year. Without a doubt, 2020 will be chock full of exciting new experiences and games unlike we’ve played before. I certainly am looking forward to some of the bigger titles like Animal Crossing: New Horizons, and the Final Fantasy VII Remake, but will definitely be keeping an eye out for sleeper hits. Here’s to another year of awesome games! 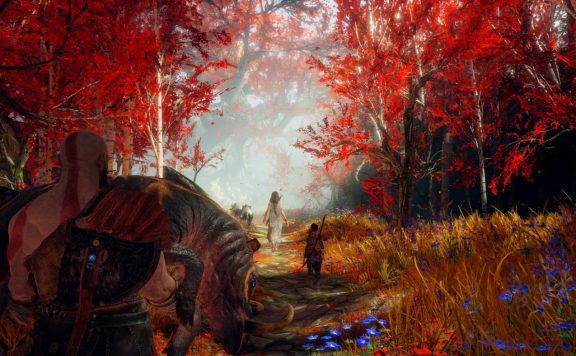