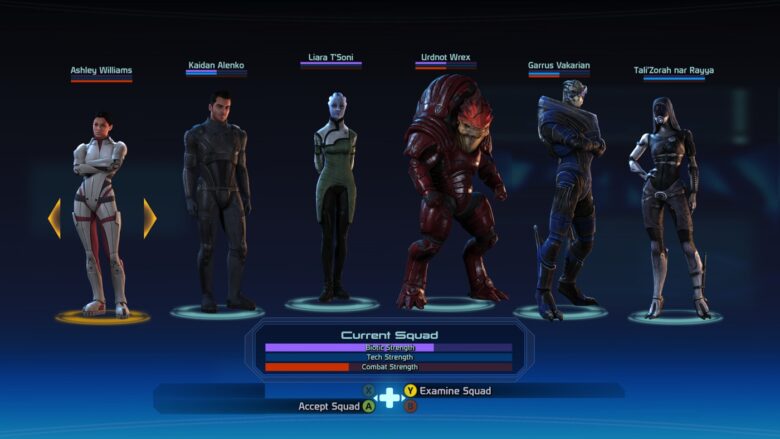 Mass Effect Legendary Edition takes all three award-winning sci-fi RPGs and compiles them into one delectable package, encouraging eager adventurers to take the plunge into the uncharted cosmos once more. Out of the three games, the original Mass Effect has seen the most improvements, emboldening an already fantastic experience. Like the recent space-based RPG The Outer Worlds, Mass Effect puts you in charge of your own space cruiser, letting you pick your ideal squad from a personable list of squadmates. If you’re looking for the best Mass Effect party members, you’ll have six different companions to choose from, each with their own strengths and weaknesses.

While the best Mass Effect companion might be subjective overall, some party members are more powerful than others, making them ideal picks for an effective squad. To make your time commanding the crew of the Normandy a bit easier, we’ve whipped up a list of our picks for the best party members in Mass Effect. When crafting this list of every companion in Mass Effect ranked from worst to best, we’re taking into account their overall usefulness in combat, their personality and background, and their inherent strengths. From the brutish Krogan killer to a soft-spoken Asari scientist, this is our list of every Mass Effect companion ranked from worst to best.

Note: This list will contain light spoilers for Mass Effect. While we won’t divulge any plot points or character deaths, this list will describe every companion in the game. We played through Mass Effect as a Vanguard class, so take that into account when we compare the strengths of certain companions.

Ashley Williams is one of the earliest additions to your team, and unfortunately, one of the most mediocre. On your initial mission to Eden Prime, Ashley finds herself in a spot of trouble when her team is killed by a swarm of Geth attackers. Swooping in to save the day, Commander Shepard deals with the threat and offers Ashley a spot on his new crew.

While her strong will and perseverance in the face of danger are admirable, her controversial views on alien squadmates are not. As another tick against her, Ashley is pretty mediocre in combat, lacking the notable benefits that other companions afford. When making this list of every Mass Effect party member ranked, Ashley quickly slid to the bottom of the list. It’s not that Ashley is bad, it’s more that she’s unassuming, uninteresting, and has a pretty crappy worldview.

Kaidan Alenko is your default companion at the beginning of Mass Effect, showing his support for Commander Shepard right from the start. Like Ashley Williams, Kaidan can come off as wooden at times, but his useful biotic powers make up for it. Kaidan earned his abilities at the mysterious Biotic Acclimization and Temperance Training facility (or as he likes to call it, brain camp), giving him an interesting and thought-provoking backstory.

When stacked up against some of the other biotic companions in Mass Effect, Kaidan isn’t as powerful, but he still deserves respect as the OG party member on the Normandy. For many players, Kaidan will hang out in your squad until your reach the Citadel, where you’ll meet some more interesting characters. While he might not be the best Mass Effect party member available, Kaidan is still a useful member of the squad, even if his personality is a bit dull.

Garrus Vakarian is a decorated officer of the Citadel Security force, an elite team of officers who keep the bustling capital of the cosmos safe at all times. After learning about your mission to hunt down a dangerous and treasonous fugitive, Garrus casts aside his C-Sec responsibilities in exchange for a spot on the Normandy’s crew. Calm, collected, and concerned with the greater good of the universe, Garrus is a loyal and trustworthy party member throughout the entire game.

His unwavering self-righteousness might be a bit too much for some to stand, but Garrus’ faults are easily outweighed by his strengths. Thanks to his battle-hardened experience, decryption skill, and strength in the face of certain death, Garrus is one of the best companions in Mass Effect. As we get higher on this list, it becomes harder and harder to pick favorites, with Garrus being the first real contender for a permanent spot in your squad.

The masked quarian Tali’Zorah is one of the most intriguing characters in Mass Effect, both in her design and backstory. You first meet Tali’Zorah on the Citadel, where you help her fend off a group of assassins, after she is double-crossed by a notorious gangster named Fist. As a way of saying thank you, Tali’Zorah gives you crucial information for hunting down the rogue Spectre Saren, kicking off the core plot of Mass Effect. Quiet, reserved, and fascinated by technology, Tali’Zorah teams up with Commander Shepard and the rest of the Normandy crew, spending her time admiring the ship’s engines.

As you spend more time talking with Tali’Zorah between missions, you learn about the culture of her people, her Pilgrimage, and more. In addition to her neat character design and story, Tali’Zorah is also formidable in battle. Better yet, she’s one of the more useful companions to explore with, as her electronics skill makes it easy to loot containers, bypass certain computer systems, and more. There’s also a persistent air of mystery lurking behind her mostly opaque mask, as we rarely get to see her true face. Her useful abilities and intriguing backstory make Tali’Zorah a memorable ally, earning her one of the top spots on our list of every Mass Effect party member ranked.

A powerful biotic user and member of the asari alien race, Liara T’Soni is both intelligent and brutally efficient in combat. When you first meet her on the mining planet Therum, Liara has accidentally become caught in an energy field, paralyzed and unable to move without help. Luckily, Commander Shepard and crew are eager enough to help, gaining Liara’s trust and appreciation in one fell swoop. As a researcher with more than 50 years of experience studying the long-lost Prothean race, Liara has plenty of knowledge to help with your quest. When she discovers that her mother, Matriarch Benezia, has become involved with Saren and the Geth attacks, Liara quickly joins the Normandy team.

Liara is easily one of the most endearing members of the crew, thanks to both her vulnerability, her honesty, and her ability to utterly destroy any enemy in her path. Her personal story is directly tied to the main narrative, so it’s pretty tough to play through Mass Effect without forming some sort of opinion on Liara. As one of Commander Shepard’s possible love interests, Liara offers both emotional support and crucial intel, making it easy to fall head over heels. Even if you refuse to romance Liara, she’s arguably the strongest biotic ally in the game, warranting her a default spot in your combat party.

Urdnot Wrex is a brute in almost every way, preferring to bludgeon his path through life every chance he can. Wrex is one of the few surviving members of the krogan, an alien race that experienced mass genocide at the hands of the turians. Known for their incredible strength and warrior’s attitude, krogans are invaluable in combat, and Urdnot Wrex lives up to that reputation. Commander Shepard first meets Wrex on the Citadel, as both soldiers attempt to hunt down a local criminal named Fist. After working with you for a while, Wrex joins the team, providing a much-needed boost of destructive offense in combat.

While Urdnot Wrex is easily the best Mass Effect party member to team up with during combat, his backstory is also surprisingly rich and emotional. Despite his immensely gruff attitude and love of violence, Wrex is reasonable and endearing, especially as you learn more about his past. While Wrex must look like a frenzied killer, he’s sentimental and smart, consistently becoming more sympathetic as the story progresses. Although the rest of the companions on this list are pretty fantastic in their own right, Urdnot Wrex takes the cake and tops our list of every Mass Effect party member ranked! 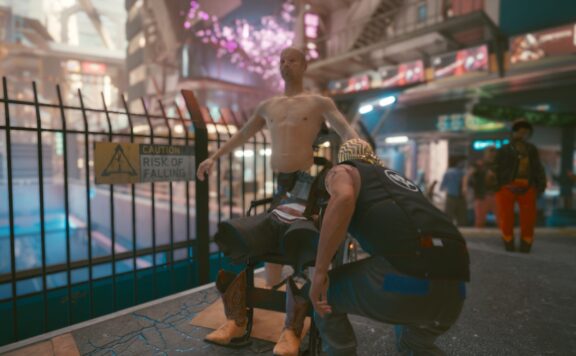