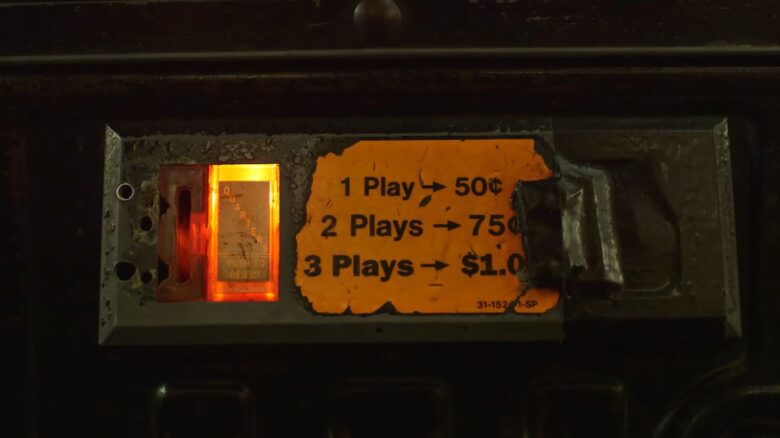 The new documentary series from Netflix, High Score, is being recognized as one of the best video game documentaries in recent memory. Throughout the years, plenty of filmmakers have documented the various niche communities within the gaming industry, resulting in riveting content just like High Score on Netflix. From the dramatic tales of competitive eSports to uplifting underdog stories about world-class gamers, there’s no shortage of amazing video game documentaries on the market. Now that everyone has binged through High Score on Netflix (and you should if you haven’t), I’m sure you’re eager to hop into another great video game documentary. Luckily, we’ve got a few suggestions.

If you just finished your binge-session and you’re looking for other great video game documentaries like High Score on Netflix, give these three a watch!

Even if you’ve never played it, you’ve probably heard of League of Legends. Featuring two teams of powerful champions attempting to destroy the opposing team’s base, League of Legends matches are packed with dramatic fights and intense moments. As the game has gained immense popularity worldwide, millions of players have started gravitating towards more serious competition, heavily contributing to the billion-dollar eSports industry.

Nowadays, everyone seems to think that they’re the best Super Smash Bros player in the world. Luckily, with the advent of the internet, legions of scrubs can try their luck online and get smashed back into their place. However, before online multiplayer was introduced, Super Smash Bros fanatics would have to show up or shut up, as small community-run tournaments became commonplace. In this melting pot fighting game community there were many rising stars with big egos, differing opinions on proper tournament rules, as well as a handful of rivalries. This nine-part documentary series covers almost every aspect of the Super Smash Bros Melee competitive community, resulting in one of the most riveting grassroots gaming documentaries of all time.

Luckily, you can check out the entire series on YouTube for free, now remastered with higher resolution and better audio (just click the video above to start watching the first episode). In total, the series is just over four hours long, making it a great choice for a weekend binge. While fans of the Super Smash Bros franchise will definitely get the most out of this historic series, it’s also a fun watch for complete newcomers. The series does a great job highlighting individual players and controversies, setting the stakes and placing proper context for those without prior knowledge. If you have a free weekend, do yourself a favor and check out The Smash Brothers. It’s free and it’s arguably one of the best video game documentaries ever made. What else could you want?

When you think of competitive gaming, the first thing that pops into your mind is probably League of Legends, Counter-Strike, or Fortnite. Wizard Mode is a gaming documentary that focuses on some other competitive gaming titles you may not have heard of. Monster Bash, Whirlwind, and Medieval Madness may not sound familiar to you, but for world-class pinball player Robert Gagno, these games are as familiar as the back of his hand.

Diagnosed at a young age with autism and a slight mental handicap, Robert has defied all expectations by quickly rising in the world rankings of professional pinball. This powerful documentary does a great job balancing the story of Robert’s personal struggles with his impressive pinball play. As the cameras follow Robert through high-stress pinball tournaments and his everyday life, it’s hard not to empathize with and root for him. A true underdog story in all senses, Wizard Mode is a gaming documentary with a remarkable amount of heart. You’ll probably learn a thing or two about pinball as well and that never hurts.

If watching all these retro gaming documentaries has you inspired, we suggest grabbing one of these affordable arcade cabinets from Arcade1Up! (Paid links)

If you enjoyed this list of some of the best gaming documentaries, you’ll also love some of our other ranked lists! Check out our list of every Alien movie ranked, or our picks for the best movies of 2019.